So when I wrote my post yesterday I realized that I never finished writing about our trip to Colorado.

Our final adventure in Colorado was to Manitou Springs.  We had planned to go up the cog railway to the top of the mountain, but unfortunately for us the good weather did not stay and a thick fog enveloped the mountain.  Since there would be no real way to enjoy the site at the top because of the fog and the fact that it would be really creepy to travel up the mountain in the fog we decided to just walk around the town.

Mostly the town is filled with tourist trap shops and is definitely a very hippie town. During our walk we found a couple of the towns infamous springs which were naturally bubbly water!  It was an odd thing to taste (and not a very great one at that!). 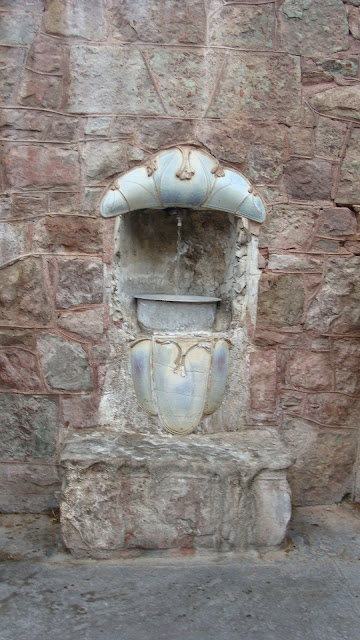 Then we walked through a really cute park where J and my brother could not resist playing around. 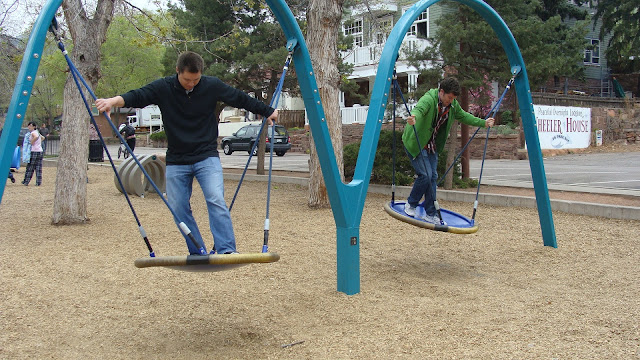 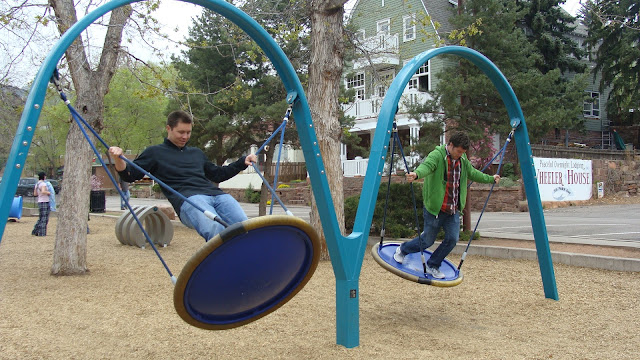 As we continued our path around the town we came across a true gem that made the whole trip to the town worth-while a huge arcade!  Four separate buildings are filled with arcade games.  One with old skee ball machines and tickets to win prizes, two with more modern games (pacman, air hockey, etc) and finally an arcade room filled with pinball machines and very old (but still working) arcade games. 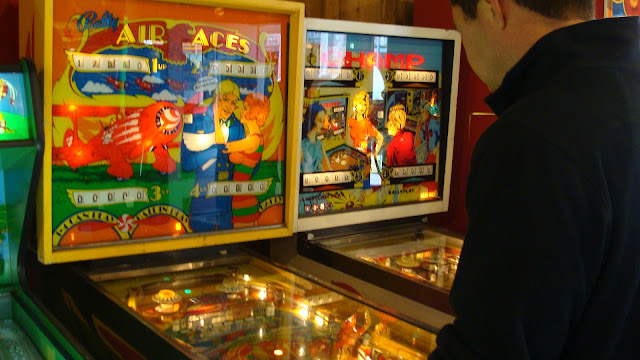 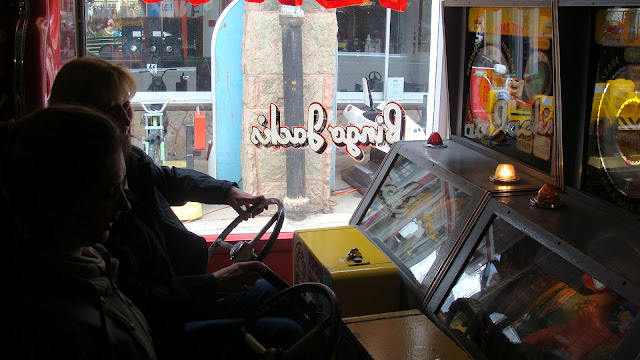 When I say old I mean old enough that the pinball machine J is playing above has a cigarette holder, cost $0.10 a game and had manual dials.  The game my mom and H are playing above had a screen on canvas that rotated to create the illusion of driving on a street.  They even had "Zoltar" from BIG!  J and I had our fortunes read from penny machines and we all happily played games for at least an hour (and didn't spend too much money either!).

Up until that point I probably wouldn't have recommended Manitou Springs to visitors, but after playing in the arcade with my family and generally having a great time (oh and great food!!!), I"d recommend it for those of you going to Colorado looking to kill an afternoon somewhere!
Posted by Jenny at 6:42 PM

Jenny
I'm a Jersey girl who loves to craft, cook, and go on adventures with my boyfriend and friends while blogging about what I think, DIY projects, recipes, and much much more.